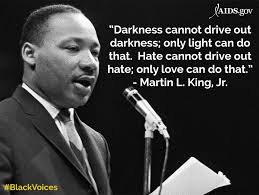 WHAT IS MARTIN LUTHER KING DAY?

MLK Day is a federal holiday in the United States marking the birthday (January 15, 1929) of Martin Luther King, Jr. It is observed on the third Monday of January each year.

Who was Martin Luther King, Jr.?

Martin Luther King, Jr., original name Michael King, Jr., (born January 15, 1929, Atlanta, Georgia, U.S. - died April 4, 1968, Memphis, Tennessee), Baptist minister and social activist who led the civil rights movement in the United States from the mid-1950s until his death by assassination in 1968. His leadership was fundamental to that movement’s success in ending the legal segregation of African Americans in the South and other parts of the United States. King rose to national prominence as head of the Southern Christian Leadership Conference, which promoted nonviolent tactics, such as the massive March on Washington (1963), to achieve civil rights. He was awarded the Nobel Peace Prize in 1964.

The Nobel Peace Prize 1964 was awarded to Martin Luther King Jr. "for his non-violent struggle for civil rights for the Afro-American population."

The King Center was established in 1968 by Mrs. Coretta Scott King. The Martin Luther King, Jr. Center for Nonviolent Social Change (“The King Center”) has been a global destination, resource center and community institution for over a quarter century. Many free virtual events are available with registration.

GET INVOLVED: Information on Events & Volunteer Opportunities Near You

At the Library: Book & eBooks

This is just some of the material available through the library on Martin Luther King, Jr. and not meant to be all-inclusive.

You will need an active CCC Library Card to view this information.

At the Library: DVD's, Videos & AudioBooks

This is just some of the material available through the library on Martin Luther King, Jr. and not meant to be all-inclusive.

You will need an active CCC Library Card to view this information.