Constitution Day commemorates the formation and signing of the U.S. Constitution by thirty-nine brave men on September 17, 1787, recognizing all who are born in the U.S. or by naturalization, have become citizens.

The Bill of Rights is first ten amendments to the US Constitution, ratified in 1791 and guaranteeing such rights as the freedoms of speech, assembly, and worship.

Listed below is a sample of some of the books, eBooks and DVDs available at the Library about the United States Constitution.

Your RIGHT TO VOTE is guaranteed in the United States Constitution and through various amendments, specifically the Fifteenth, Nineteenth and Twenty-Sixth Amendments.

For more information on how to register, how to vote, the various candidates, and more...check out VOTE 2020. 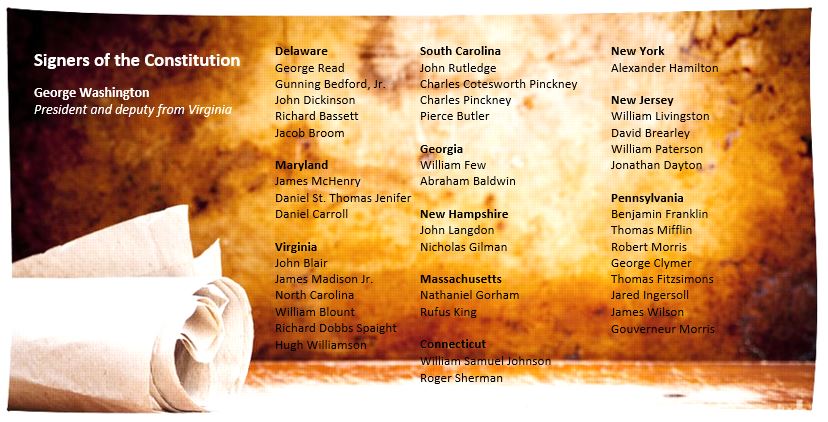